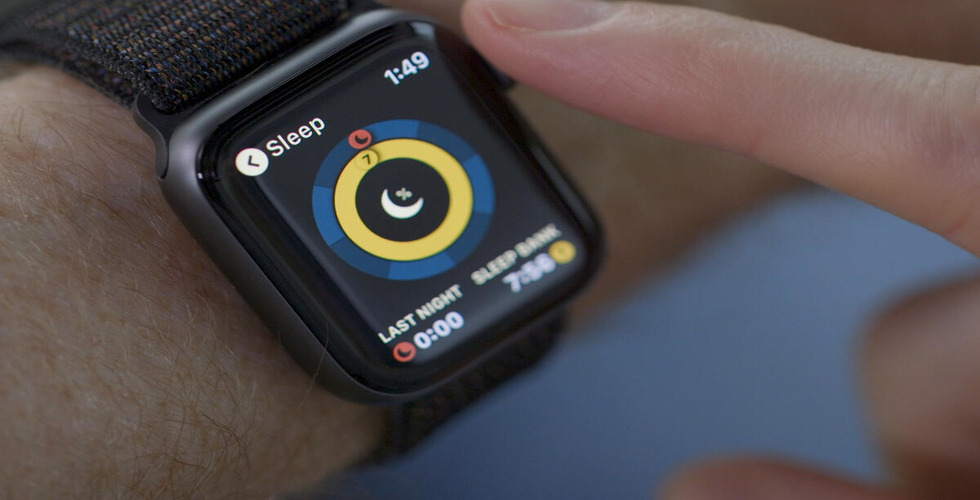 Apple watch series 5 characterizes a brilliant always-on display, highly functional compass, and is added with a great and attractive set of finishing, which gives the product a classy look. But the thing which customers found to be deficient in it was the feature of tracking the sleep duration. All of us are bound to have a quality sleep time, and maintaining a handy track record of it can help us to grasp the things that we are doing right or wrong.

The newly launched watch that primarily focuses on the always-on display could have turned out to be the reason that the much-anticipated sleep tracking attribute has been deteriorated from Apple’s latest launch. Or was it the fact of the arrival of a new feature an entirely misplaced rumor?

MacRumors have revealed that Apple had the idea of introducing this new feature in their watch. One of the website’s readers of Apple, Daniel Marcinkowski, encountered an image in Apple’s App store which gave a direct reference to the company’s plans. The sentence in the image stated somewhat about setting the bedtime and waking up with the sleep app.

Well now, the catalog has a simple screenshot on it, but it does not have any mention of the Sleep app on it. Such a scenario is not at all surprising since Apple hasn’t made any official statement of bringing a sleep tracking feature onto their products. The users are bound to switch over to third party applications if at all, they have a desire to record their sleep status.

But the rise in expectations of the Sleep app is rising steadily in recent times because of the fact that Apple has introduced Beddit a couple of years back. So basically, there might be a possible delay in its release. The reason being, unsolved battery issues that the customers are continuing to face.

The reviewers do not particularly complain about the lately introduced Apple Watch Series 5. However, the always-on screen is going to meddle with the battery-life expectations. It is being said that the new watch series will be able to offer coverage for an entire day. Some revelations suggest that Apple is going to take some steps towards improving the battery life of the watch series. There is a probability of the screen being modified to be shut during the night hours.