With the launch of iOS 14 in September of this year, users discovered a work-around that let them completely redesign their home-screens, changing app icons to whatever they liked.

While this was nothing new for Android smartphones, Apple had never really officially let iPhone users customize their devices in this way.

Yet with the new work-around, creators are able to design different icons for their iPhones and last week one designer, known online as Traf, says he produced “the right content, at the right time” and was boosted by tech-reviewing YouTube Star Marques Brownlee.

Traf had noticed people sharing different screenshots of their newly customized home-screens with colorful or color-coordinated icons and widgets.

He decided to design a minimalistic, monochromatic design and posted it on twitter. 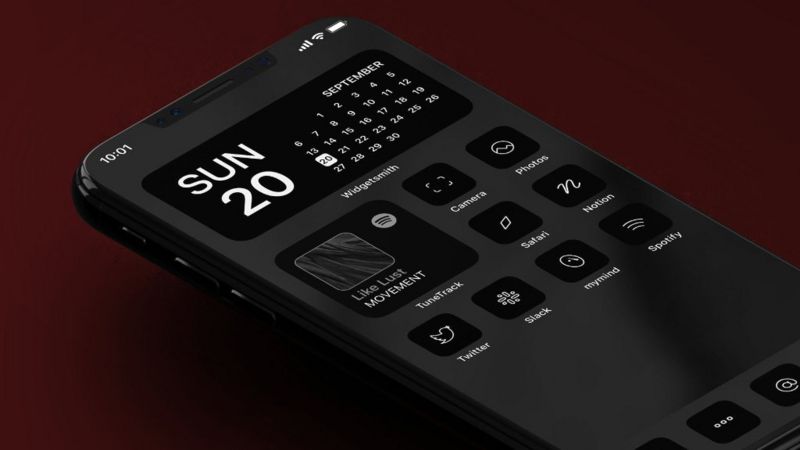 It was an instant hit, with users describing Traf’s design as “clean” and slick” and a “dream aesthetic.”

“Right away, people started asking about the icons in the screenshot. So I quickly packaged them,” he said in his blog.

According to Traf, there was “no notion of what an iOS icon set should be priced at”, so he decided to charge $28 for the set.

Some admirers commented that the icons were too expensive, but that didn’t stop lots of other people from purchasing them.

“I knew when I woke up the day after posting my icons for sale that they were going to do well, since I made a few grand in my sleep,” he told the BBC.

YouTube star Marques Brownlee showcased his love for the icons to his followers of over 12 million on his technology review channel.

The San Francisco based designer called it an “unimaginable result.”

“If I had done this exclusively for the goal of making money, I’m convinced it wouldn’t have worked nearly as well as it did,” he explained. “Keep working at the things you enjoy, share them with the world, and let the internet do the rest.”