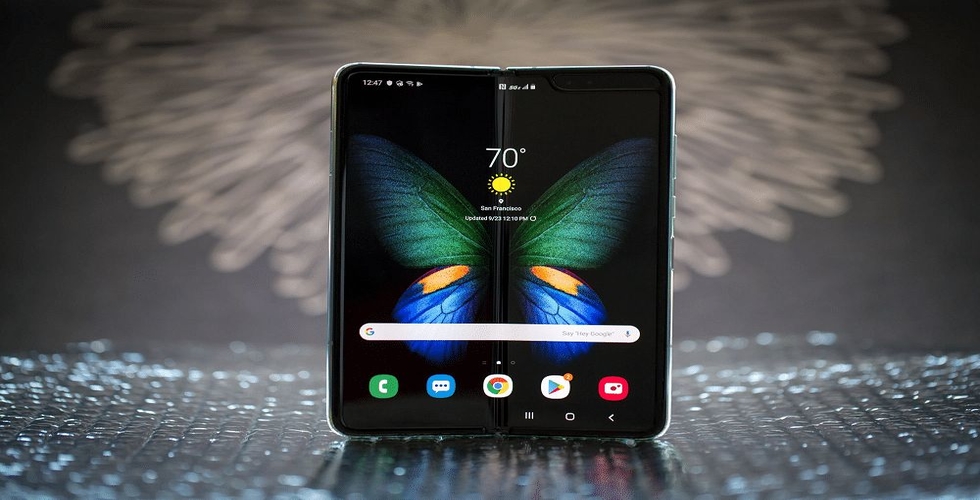 Costing $2,000, the Samsung Galaxy Fold is a glimpse into the future of flip-phone.

To be significant, this won’t be the first-ever folding-screen smartphone that you would be buying. But at the same time, the curiosity can’t be left unnoticed when it comes to the new Samsung Galaxy Fold.

Whenever someone would flip open the Samsung Galaxy Fold in public areas, people can be seen cornering an eye into the device with great excitement. This device is a delicate one. And still, it costs $2,000 from your pocket.

Like other phones, the Galaxy Fold has got many flaws too, yet it’s worth the excitement for one humongous reason: It’s coming with the style of a flip-phone. Lately, there have been complaints by a good number of people that nowadays, smartphones have become too unhandy to carry. Yet we keep getting ourselves the ‘larger screen’ devices. Anyway, the Galaxy Fold is here now, consisting of a continuing screen that can bend and close identical to a 2005 Motorola Razr! Galaxy Fold has got the most massive display ever in a smartphone. Still, it can be closed and grabbed with one hand easily.

When it comes to product, the Galaxy Fold sadly does an injustice to this tech and comfort design jump over. The primary concern regarding this device is durability. As mentioned earlier, it’s a delicate device. Well, Samsung offers a $150 discount on-screen replacement in the first year. But somewhere, we feel that it should have been entirely free.

Keeping the durability on one side, another primary concern is its insane pricing. A price tag of $2,000 is enough to make someone’s blood run cold. It costs the double of any other flagship phone. The design isn’t that much polished that it can be given the excuse of luxury.

Samsung mentioned that there would be limited quantities for the sale of Galaxy Fold. And the company has scarcely been into the advertising of its product.

The Galaxy Fold is a bit heavier than other flagship phones. Even after when folded in half, that much screen and battery is heavy. It weighs 9.28 ounces. To be precise, the Galaxy Fold gives the feel of a portable tablet. Possibly the idea of a folding screen will get the required amount of popularity among its users.