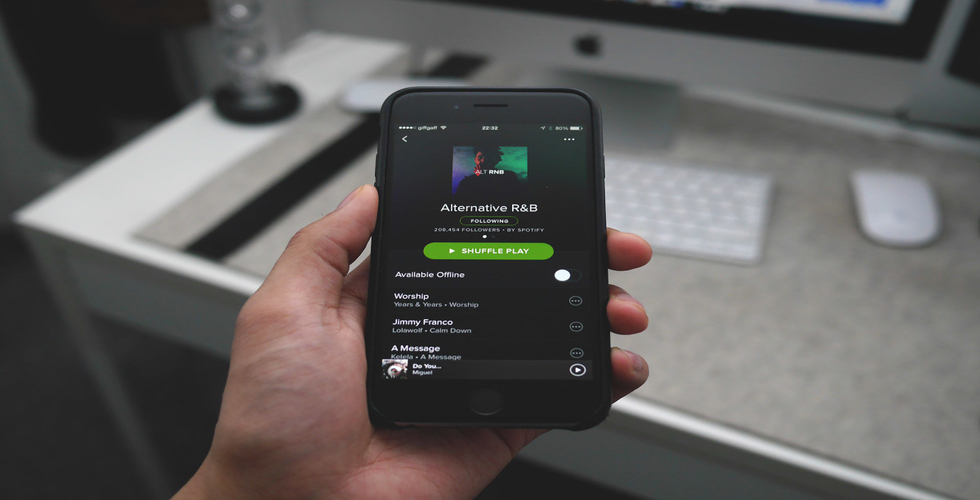 Today, the Swedish Music app, Spotify, has released the updated version of iOS 13, which permits users to command Siri using their voice to play all the albums present within the app. This update made Spotify impeccable as compared to other music apps. The procedure for the use of Spotify collaboratively with Siri is simple. Install the new update & then ask your virtual assistant to play a song or an album. The update includes CarPlay control along with Apple TV’s tvOS app.

Spotify mentions about the compatibility of Siri integration with iPad, iPhone, AirPods, CarPlay, and the HomePod with use of AirPlay. However, the HomePod doesn’t accept song requests. Maybe, it is waiting for the software update of iOS 13.2 for HomePod. As for the Siri commands on iOS, the SiriKit meant for the audio apps makes Spotify behave similarly to Apple Music. One thing you have to acknowledge is that the instruction is intended to be used with Spotify.

The update of iOS 13 incorporates the data saving mode, which directs the applications to behave otherwise by consuming fewer data. In the case of Spotify, when the device is in data saving mode, the Data Saver Music streaming mode is automatically activated.

Spotify has also recently launched an app for Apple TV with 4K graphics and Apple TV HD. It is available in the tvOS Application Store to download. Today’s update is welcome news for Spotify users. This double-feature- Apple TV support and Siri checks off two features at a time, which confirms the rumor that both the companies were working collectively. In March 2019, Daniel Ek, the CEO of Spotify,  made allegations against Apple that it obstructs their experience of enhancing upgrades. Apple responded to Spotify’s complaint saying that whenever they reached out to Spotify about AirPlay 2 and Siri, they kept saying that they were working towards it. They are always ready to help whenever and wherever it is possible, says the CEO of Apple.  In the past, Spotify has also alleged Apple of charging high taxes for being listed over the Apple Store, to which Apple responded that the company was unnecessarily exaggerating about the taxes being paid.

In addition to the above-mentioned features, it’s also launching a modified ‘Spotify for Artists app,’ which will reveal the total number of people listening to the same track along with worldwide at that moment. Android and iOS will proceed with the implementation of the modified app this week. Additionally, this app will help you keep track of the song when it’s added to a playlist.